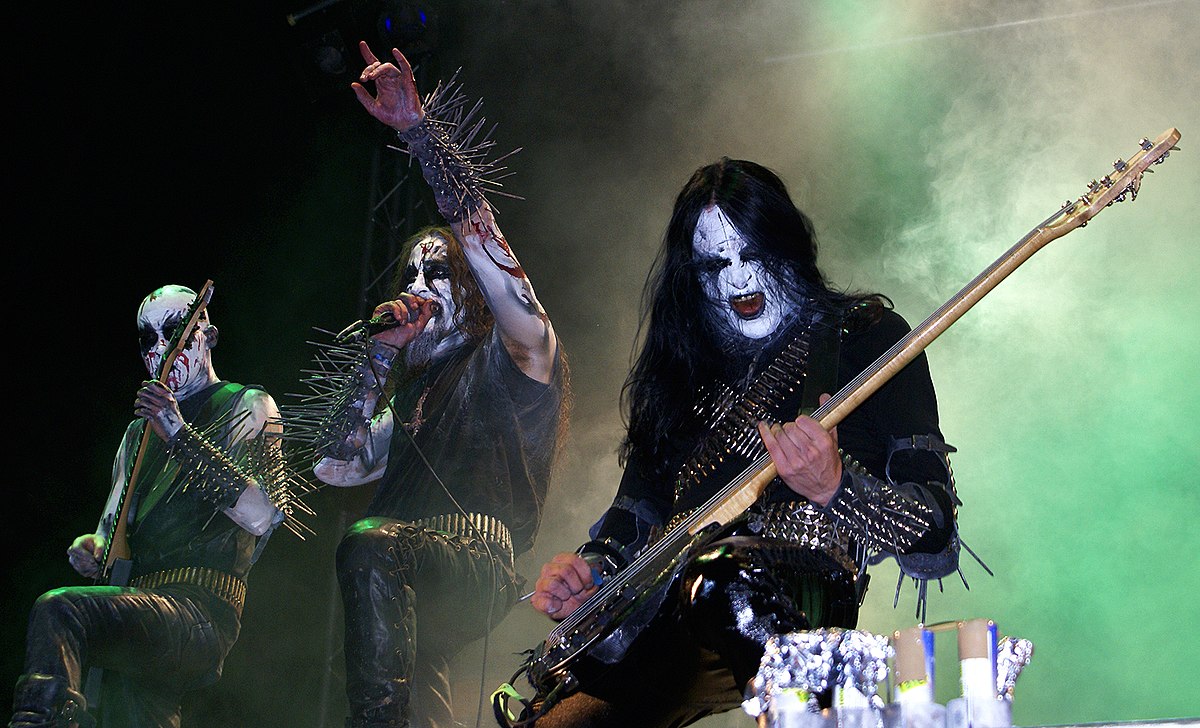 The other night I was watching the youtube channel “The Punk Rock MBA” with Finn McKenty. McKenty’s channel is a really interesting hardcore music channel presented from a marketing perspective. In his video “Why Do People Like Black Metal?”, he made some points I found surprisingly relevant for the Dash DAO. While I’m not going to insult anyone’s intellect by trying to claim that Dash and black metal are analogous, there are reasons why black metal is popular and I think we can learn from them.

Tribalism Is A Marketing Tactic

McKenty’s first main point in his video is about how black metal capitalized on the tribal nature of people to build a movement. If you aren’t aware, black metal is an extreme form of metal music where the practitioners wear spikes and leather, paint their faces in corpse-paint, and use overtly satanic and occult imagery, and their music consists of screaming vocals, tremolo guitar picking, and very high tempo drumming. Their sound and image is very identifiable, and like it or not, people are drawn to the extreme and that which stands out. Black metal is not really my cup of tea but a lot of people like it and identify with it. They have built a very recognizable tribe.

Tribalism is generally denounced in the greater crypto community, which is understandable. Tribalism can lead to intolerance, toxicity, and outright hatred. It can lead to intellectual and emotional inbreeding. People can envelop themselves with the tribe so thoroughly that they put the tribe ahead of everything, even basic morality. However, tribalism has many benefits too; there’s a reason that people have been forming tribes since the beginning of time. Tribes provide safety and protection to members, they hold members accountable for their actions, and they create a necessary barrier of entry by vetting members before acceptance. We form tribes in all aspects of our life. They are inevitable and we need to embrace them, not denounce them.

Since tribalism is so integral to humankind, it can harnessed as a marketing tactic. It creates an “us against them” sort of bond within the community, and if there’s an ideological reason for the existence of the tribe, it’s also something to rally behind. In the case of black metal, the movement’s genesis was a response to the stagnating death metal scene where increasingly more derivative and uninspired music and bands were being robotically churned out. Where death metal was becoming overly technical and over-produced, black metal did the opposite by putting out lo-fi music and giving general musical ambiance precedence over technicality. They also eschewed the common street clothes worn by death metallers and instead wore the extreme clothes I mentioned above. Basically, they rejected what was popular and did the complete opposite. Black metal positioned itself as the saviors of the greater extreme metal genre, and since people are naturally drawn to champions of cause, a tribal community emerged and became a point of focus for marketing their movement.

Like black metal, Dash can position itself as a savior. Where projects like Bitcoin are abandoning their original intent of p2p currency and bleating out economic nonsense like “store of value IS its utility”, Dash has stayed true to Satoshi’s vision. We’ve never lost sight of the end goal, namely upending the global system of centralized economic control and providing an alternative built around the individual’s ability to own and control their finances, and thus their life. That’s a very powerful message that we can grow our tribe around.

The absurdity of black metal and its community naturally creates and attracts very strong characters. While most of these characters aren’t exactly the type you want to introduce to your family, they nonetheless are compelling. They are so extreme in their presentation and behavior that they’re impossible to ignore. This is what other crypto’s have and what Dash lacks: “extreme” personalities leading their respective communities (though certainly not to the same degree of extreme as the black metallers). There is no extreme personality in Dash that people can gravitate to.

As I’ve mentioned in previous articles, since Dash is a DAO, we’re naturally resistant to strong central figures of seeming authority. Even Ryan Taylor, the CEO of DCG and closest thing we have to a central leader, shows great deference to the network. However, while an extreme personality surviving the DAO is unlikely, we as individual members of the DAO can be the extreme personalities in our regular world and achieve the same results but in a more decentralized manner. In whatever world you live in, be an extreme personality. Be impossible to ignore and then use that to draw attention to Dash. Find whatever systematic parts of your world that are broken, be outspoken about them, and use the conversational opportunities you’ve created to introduce Dash as a solution.

The last of Mckenty’s points that I want to discuss is about differentiating oneself. Not to state the obvious, but you can’t be a leader if you’re like everyone else. In this the great battle for crypto supremacy, we’re all trying to present ourselves as being the best. We brag about decentralization, we talk about about who has the fastest transactions, about who can scale, who has the best privacy, etc. The problem with this approach though is that nobody outside of crypto cares. And why does nobody care? The hard truth is that nobody cares because nobody uses crypto. Actual, real world retail usage of crypto accounts for 0% of the global economy. It doesn’t matter if your project has the best product if nobody is using any project’s products.

If nobody is using crypto and doesn’t care that we’re the best product, we are wasting our resources marketing ourselves as such. I think we need to scale back that approach and do the opposite; we need to instead personify the DAO and show how we’re saving the world. For example, it’s not the Dash cryptocurrency system that enables a decentralized charity in Venezuela, it’s the Dash DAO feeding hungry school kids. It’s not the Dash cryptocurrency system that facilitates payment rails in the unbanked cannabis industry, it’s the Dash DAO fighting back against an immoral and tyrannical drug war. It’s not the Dash cryptocurrency system that enables instant transactions on and off exchanges because of InstantSend technology, it’s the Dash DAO empowering you to make more money faster. We need to harness the uniqueness of the DAO and present it as a savior. This will allow us to stand out in a crowded field of clones and bad projects.

To date, Dash’s marketing efforts have been fruitless. We’ve been at this for nearly six years and our reputation within the crypto community still doesn’t match reality and we’re essentially unknown in the so called “real” world. We need to stop the “me too” mentality of promoting ourselves as being the best and instead say “Hey, look at us, we’re saving the world. Join us or die” We need to make the Dash DAO impossible to ignore.

If you found value in this post, please show your support by buying something from the store or donating below.